Callis is hailed as a driving force of the Southern California art scene of the 1970s. However, before she ended up in the Golden State, she followed somewhat more traditional route for women of that era. Although her art education started while she was at high school in Ohio in the 1950s, her academic career was interrupted by marriage and children. After relocating to Los Angeles, Callis picked u where she had left off, and joined a graduate studio programme. While her initial focus was on sculpture and painting, it was her teacher, Robert Heinecken - a highly unorthodox photographer himself - who encouraged her to experiment with photograph and to incorporate it in her other media.

The contemporary art world was in a state flux at the time, and the social environment the surrounded Callis was also coming undone. speak in the slightly cynical words of the inimitable essayist Joan Didion: the centre was not holding in 1970s California. However, while there w general social upheaval in the state - largely among counterculture youths 'dropping out' of society and getting heavily into drugs - things were al changing for the better.

Second-wave feminism was making strides i promoting equal rights for women, and although Callis was not on the front line of the movement. it did affect her artistic practice. The often frank sexuality and pleasure evident in her work is 8 reflection of the era, as are as the social and gender dynamics that Callis included in her staged images. 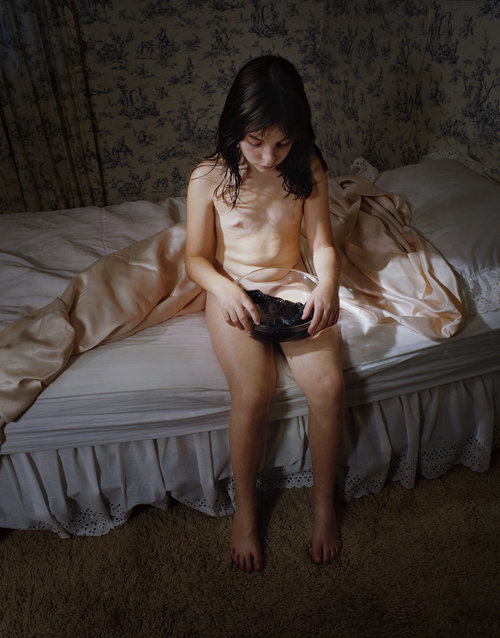 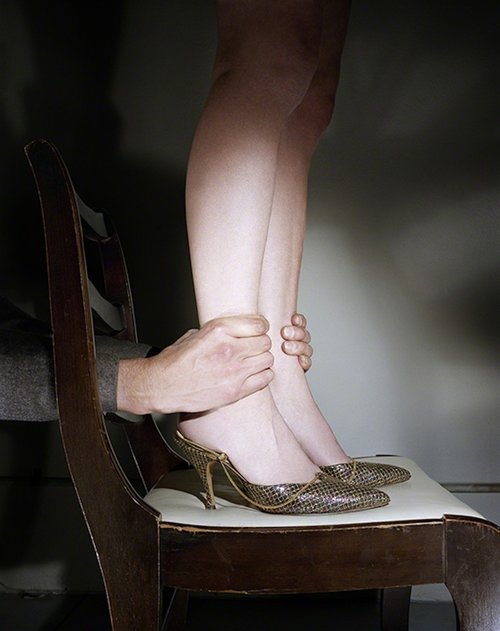 Her fabricated scenes seem playful at first glance, but there is often a slight uneasiness about them. Take, for example, the image of a man grabbing a woman, who is standing on a chair, by the ankles.

While it is unclear what this scene is actually dealing with, Callis's use of what seems to be office furniture, as well as the corporate shoes and clothing worn by the subjects, suggests an underlying power dynamic. The harsh lighting adds to the effect, stressing the sinister nature of the situation.

The inventiveness of Callis's constructed scenes and the avant-garde themes she explored are still of great relevance for the world of today. Things are not always so severe; a tenderness often shines through in her work. In one image, we see a young girl, sitting naked on the edge of her bed, soaking a black washcloth in a glass bowl on her lap. The soft light adds a warm glow to her quiet contemplation.

Overall, regardless of the subject, Callis never aimed to push her message on to the viewer. Her early colour photographs exude a timeless freshness and leave room for interpretation. This is a key quality of her work and, whether or not they are inspired by Jo Ann Callis, it is the kind of ambivalence that so many talented young contemporary photographer manage to incorporate in their work too.